A black woman on a magazine cover is a mood. 27+ black women on the covers of 20 different magazines makes it a moment — however fleeting and kind of fake.

But we have names for groups of people, too. An annoyance of CrossFitters; a cowardice of racists; a hive of stans.

So, what do you call a group of black women on the cover of white women’s magazines? A rarity.

Every couple of years or so, we see this. Or, rather, we are seen like this. The colored girl becomes the cover girl and black women everywhere mentally swag surf through the checkout line to purchase magazines they have no intention of reading. Why? Because we’ve gotta have it. We have to come through. We have to support. But who are we supporting and at what cost? There was a similar magazine blackout in 2016.

I used to obsess over moments like this because they felt personal to me. I know what it’s like to be both invisible and hyper-visible in white spaces where you are invited but never feel quite welcome. So seeing one of us land the cover was like a big fuck you! to the publishing industry. And if there’s anything I like more than saying fuck you, it’s saying it multiple times. I root for the underdog, and for black women, so moments like this were meant for consumers like me. So I would celebrate it. Gas it. Post it. Buy it. Live for it.

At some point, though, it started feeling gross. Desperate. Pressed. Like, being satisfied with scraps. And so I had to stop and check myself.

Black women get put on magazine covers every month, B! It’s just not that big of a deal when it’s a black magazine. Or a black awards show, or a black writer, or a black radio station, or…

Well, damn. When you put it like that, I gotta cop it. Right?

For as long as I can remember, I’ve been obsessed with magazines. On my journey stumbling from naive consumer, to editor, to contributor, to a frustrated self-publisher; I interned at magazines with different types of audiences— college students, teens, women— which included black women, but rarely were inclusive of black women. At that time, magazines didn’t care enough to feign diversity — not on the staff, not in the content, and certainly not for the covers.

One day, while interning at CosmoGIRL!, I went in search of every issue with a black girl on the cover. I soon found myself on a fool’s errand, so I broadened my scope to include any girl who wasn’t white, and found only a brown paper bag full (I drew the line at Christina Aguilera).

CosmoGirl! and many of her “I don’t see color, except white and green” peers are now defunct (Elle, Jane, Sassy, Teen, Teen People, YM), no longer in print (Teen Vogue), or irrelevant (Seventeen). I’d like to think it’s payback for all the self-esteem they damaged in pursuit of their it isn’t that she’s white, she’s just right editorial vision. Karma for all the black editorial talent they slept on.

Fast forward 10+ years, and I wonder what has changed. I don’t live in that world anymore, but I can imagine that magazines have probably stopped using the excuse that black women don’t sell, because none of their magazines are selling. And they never really needed a good reason to exclude black women  anyway— with very few women of color in editorial leadership positions to advocate for greater representation — the magazines mirrored the women who made them.  So, why so many different black women on so many different covers? Why now? It’s not Black History Month. Is it because summer is slower?  Are these the entertainment issues?  We may never know.

I’m less interested in why it happens than why we overreact to it each time.

Without needing to tag Shaun King, we make it a moment — a trending topic on social media, a hot take for the blogs, and what we think is a teachable moment for the publishers — black women buy. But they already knew that. So what point are we proving by purchasing these issues? That we reward effort, even if it’s very little and a little late? That we support black women, unconditionally, even if it mean supporting institutions that treat us like an afterthought?

We are in the midst of a mainstream black girl magazine moment, and it is beautiful. But can we also call it what it is? Basic. Bare minimum. Bullshit.

Maybe next month, we can rally our support behind magazines that matter, where we our blackness is the #forevermood and our representation is a mirror, not a moment. 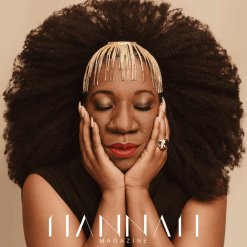 I, too, am guilty of this, so I speak from what I know.  And before someone asks “why you gotta be so negative during a positive moment,” let me beat you you to the punch — a group of crabs is called a consortium, even in a barrel.